As usual, I love apps like this. This app is called Wall of Sound. 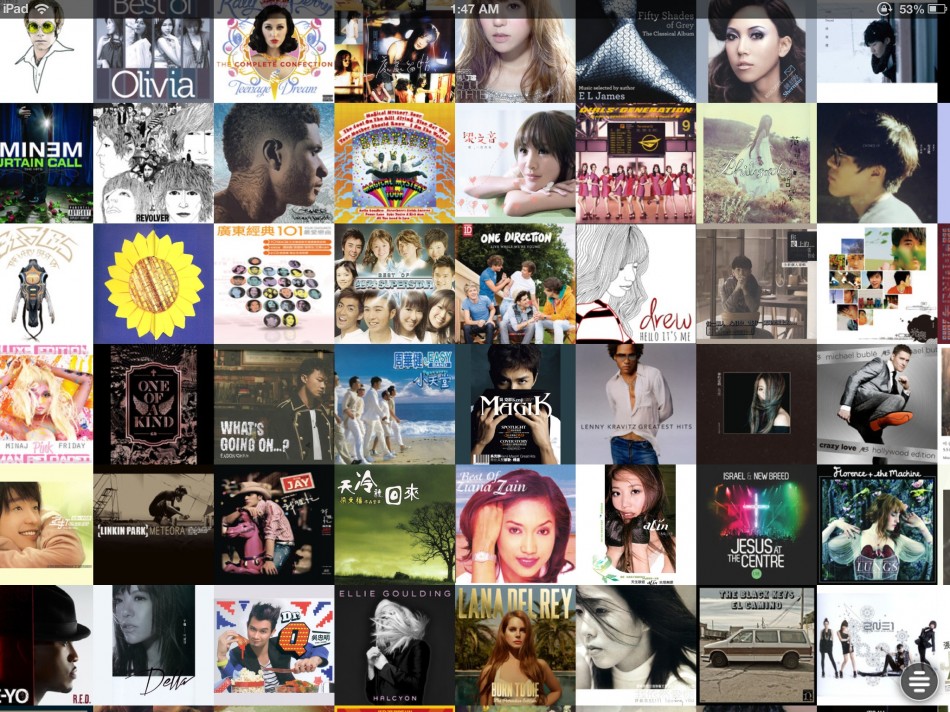 It is actually a music player. It made use of all your music album art covers in your iPad library as an interactive unique way of allowing you to listen (and discover) music.

When launched, it showed the album art covers of all the albums in your iPad music library and also some covers from the iTunes store. I promptly switched off the latter from settings which can be found on the right bottom part of the app.

The size of the albums can be zoomed in or out.